Pulling a Rabbit out of My (social media) Hat 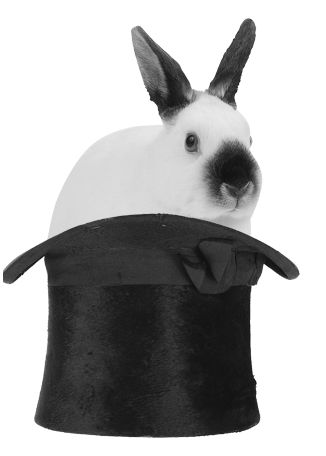 Asking the question: Why do I have to do magic tricks to get a client?

You would think by now, with all the main-stream media around the marketing power of Twitter and Facebook, that I wouldn’t have to resort to magic tricks to get a new clients, but occasionally I do.

Recently, I was on a phone consultation with a potential client and his very nice, but unimpressed partner (who btw made a lot of money marketing old-school in the 80’s). After explaining all the benefits of social media – the traffic, the conversation, the attraction-based marketing model, and did I mention the traffic, he was still unconvinced that he and his partner should risk money on fluffy things such as Twitter.

That’s when I said, “OK, watch this!” (Taking the wand in my hand) I took his URL over to bit.ly and created a track-able link, crafted a lovely little tweet on the fly and sent it out to my (very responsive) followers on Twitter.

He said, “Wow – Twitter really does drive traffic to your website!” and I said, “Yes, and that was with one tweet – imagine the possibilities!” I couldn’t help but smile inside, but also wonder, when will marketers using social media get enough credibility without relying on magic tricks?

This site uses Akismet to reduce spam. Learn how your comment data is processed.